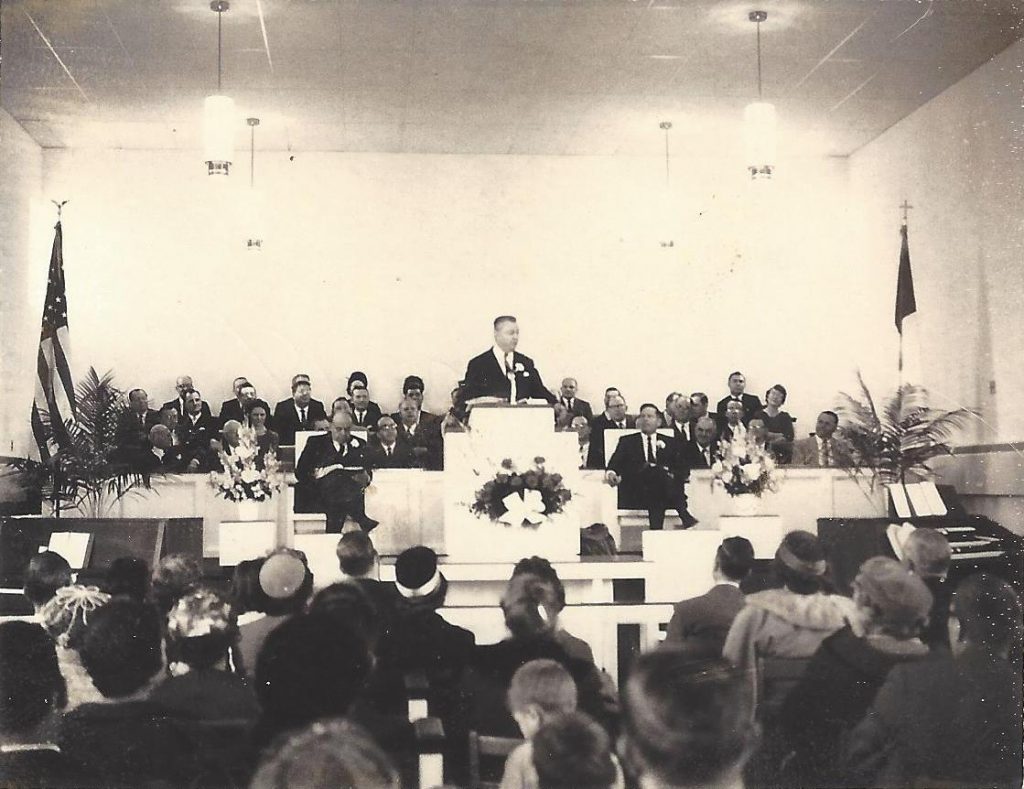 With vigor and resolve we embrace our four-fold heritage: (1) the 18th-Century spirit of Methodism in its fervent preaching of repentance, regeneration and holiness, yet tolerance in non-essentials, (2) the 20th-Century Fundamentalist, separatist heritage, (3) the 16th-Century Protestant Reformation, and (4) our heritage of earnestly striving to worship and serve in a manner marked by joyful sobriety, reverent enthusiasm, humble boldness and dignified simplicity.

Our roots and founding were an extension of historic Methodism, whose values we continue to embrace. They include fervent preaching on the necessity of the new birth as an act of God, evangelistic zeal, the importance of sanctified living, the appropriateness of respect and tolerance in “non-essentials,” and in all things charity. The name Methodist, first given to scorn the zealous manners of God-seeking, 18th-century Christians, was thus a name of honor. Its identification with Wesleyan theology and ultimate tarnishing via 20th-century theological liberalism erect an image unlike many in its first generation: George Whitefield, Daniel Rowlands, Howell Harris and others.

Embracing their theological emphasis, we also retain their breadth of charity toward brethren who understood some doctrines and practices differently, yet adhered to the fundamental truths of historic Christian orthodoxy.

Our roots and founding are also within the Fundamentalist-Modernist controversy of 20th-century North America. Theological liberalism, which denied the reliability of the Scriptures and essential biblical doctrines – Christ’s deity, virgin birth, vicarious atonement and bodily resurrection, to name a few – had overtaken major Protestant denominations.

When it became evident to Methodist laymen that their church had succumbed to this infidelity, and that reclaiming the denomination for truth was not possible, they took heed to the biblical admonition: “Be ye not unequally yoked together with unbelievers: for what fellowship hath righteousness with unrighteousness? and what communion hath light with darkness? And what concord hath Christ with Belial? or what part hath he that believeth with an infidel? And what agreement hath the temple of God with idols? for ye are the temple of the living God; as God hath said, I will dwell in them, and walk in them; and I will be their God, and they shall be my people. Wherefore come out from among them, and be ye separate saith the Lord, and touch not the unclean thing; and I will receive you, and will be a Father unto you, and ye shall be my sons and daughters, saith the Lord Almighty” (II Cor. 6:14-17).

In this biblical tradition, we remain intolerant of false doctrine, apostasy and unbelief. Thus, we reject ecumenism as a false replacement to biblical unity. We decry the repudiation of these precepts which characterized 20th-century New Evangelicalism, and lament the countless manifestations of this rejection which have followed in the New Evangelical wake. We strive to be separate from this world-system, its culture and its inroads into the Church, shunning worldliness in all of its manifestations. We therefore remain very cautious regarding religious fads that come and go, confident that everything that is needed for life and godliness is revealed to us in Scripture.

The Protestant Reformation emerged out of the conversion of key spiritual leaders in various European countries. These men, unknown to one another, converged individually as one upon truths that had been buried for centuries by the Roman Church. Their awakened consciences undertook thorough examination of the Scriptures, as had characterized the church councils of early Christian history. Theological exactness characterized their studies, resulting in systematized doctrinal writings such as had not been produced in Christendom. They affirm the absolute sovereignty of God in all things, and the certainty of salvation by grace through faith alone. In the spirit of the Protestant Reformation, we embrace the truth then articulated as a faithful expression of New Testament Christianity, a revelation of the “common salvation . . . once delivered unto the saints” (Jude 3).

With joyful sobriety, reverent enthusiasm, humble boldness and dignified simplicity, we endeavor to preach and to hear the Word of God, to sing psalms, hymns and spiritual songs, to pray, to give and to testify of our Lord Jesus Christ. The Father seeks those who worship in spirit and in truth (John 4:23), therefore we shun elaborate ritual, formalism, entertainment, showmanship, pictures and statues, but strive for bold, reverent, dignified, and fervent simplicity in worship, seeking to make preaching of the Word of God most prominent.